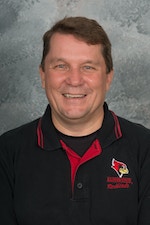 499.016Independent Research For The Master's Thesis

Areas of Current Research Interest The area of general interest within our group is the mechanisms and rate constants of reaction of biologically important molecules in water. In general, we prefer to observe the reaction of simple molecular analogs of the biological molecules of interest and extend our observations to the more complex biological molecules as our understanding of the system increases. There are two areas of current interest within the group. The first is the investigation of the stability constants and specifically, the mechanism of breakdown of carbinolamides. The general structure of carbinolamides is as shown in Scheme 1, and allows for great diversity of groups given the three possible positions of substitution. We are interested in these compounds because it has been shown that carbinolamides are intermediates in the enzyme mediated synthesis of a-amidated peptides. However, very little systematic work on the reaction of carbinolamides has been completed and even less is known about methods to catalyze the breakdown of these compounds. We propose the study of the reaction of various carbinolamides under aqueous conditions and the factors that catalyze their breakdown. The second area of current interest is the electrophilicity of amides, that is, how susceptible are amides to nucleophilic attack by a carbanion. Shown in Scheme 2 is the general reaction in which we are interested. The reaction proceeds by the formation of an enolate which can then nucleophilically attack the amide to form 2. Compound 2 will then undergo breakdown to form products. There are many interesting aspects to this reaction, the first of which is the reaction itself. We are familiar with similar reactions of this type (eg. Aldol, Claisen, Dieckmann) but this particular reaction has itself received little or no attention. Secondly, by investigating this reaction we will generate data that will allow us to make conclusions about the electrophilicity of amides that may eventually allow a better understanding of resonance. We propose the study of the mixed-Claisen condensation reaction above to determine the nature of this reaction and gain insight into the electrophilicity of amides. In addition, by changing the R groups on nitrogen we may be able to measure changes in the electrophilicity of the amide. Skills and Techniques of Importance: Students (undergraduate and graduate) who work in my labs will receive a variety of experiences: synthesis and purification of organic compounds learn the proper techniques for the determination and analysis of kinetic data and then put these techniques to use learn the operation of analytical instrumentation for the purposes of isolation and identification of reaction products spectral identification of organic compounds and become familiar with methods of obtaining said spectra